NZLHS Requirements for Registration of Highlands 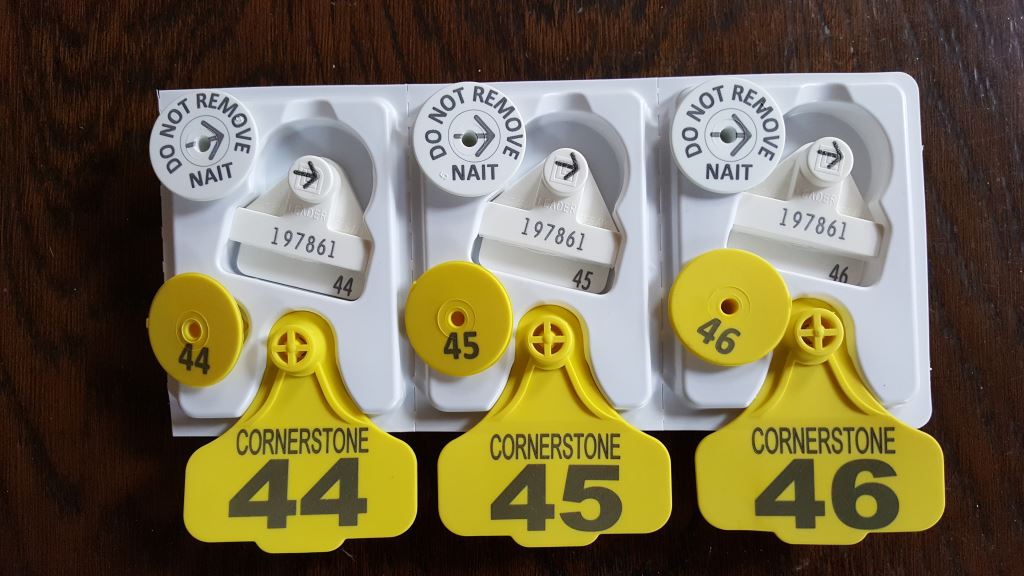 All new animals from 1 July 2012 are to be tagged using AHB birth sets comprising the primary NAIT RFID in the right ear, and large animal ID tag in the left ear. This way, both tags will have on them; the AHB number & herd ID number (and year if the year option is chosen. Year is optional only).

When registering the animal, the HBR (Herd Book registrar) requires ALL relevant numbers. These will be recorded separately in the Herd Book. Informing the HBR of the internal electronic NAIT numbers (EID) is not mandatory in our Society.

If at a future date, the RFID tag is lost, this must be replaced with a NAIT Traka tag, and the HBR informed of the Traka tag number written on the tag. DO NOT USE part of a different birth set, as this will mean there is conflicting information in both ears. There is an option to order replacement birth tags, but these will be expensive with a minimum order charge. If this second option is taken, the HBR will only need to be advised if the EID was provided when first registered. The internal EID will have changed in this case as these numbers are unique.

If at a future date, the left ear AHB secondary tag is lost, order a Replacement AHB tag (This will have an “R” on it with current owners’ AHB number) & attach it to the left ear. Inform the HBR if the animal was purchased from another breeder as the AHB number ID in this ear will have changed & needs to be captured in the Herd Book.

In the right ear, put in a NAIT Traka tag, closer to the head than the existing secondary tag. This will mean the animal has two tags in the right ear.  Using this option, there is no need to inform the HBR because the right hand ear still retains the recorded ID information, unless you also want the NAIT electronic number to be recorded. On Traka tags this number is the same as that printed on the outside of the tag.

Remove the AHB secondary tag from the right ear only, and replace with a NAIT Traka tag.  Using this option, the HBR MUST be informed of the new Traka tag number, and this recorded in the herd book as the right-hand ear ID.

Note: In either instance, DO NOT USE part of a different birth set, as this will mean there is conflicting information in both ears.